This post is a double winner. The post itself, by Andy Brogran, has some important insights, but it is prompted by a presentation by Mark Smith which is a compelling account of what happens when you think differently about the delivery of public services and is well worth watching in its own right.

Brogan’s post includes a particularly clear and succinct account of why a process standardisation model borrowed from manufacturing is particularly unhelpful when thinking about the design of services – manufacturing works to deliver standard outputs from standard inputs through a standard process. But public services do not start with standard inputs and so cannot create value by applying standard processes to deliver standard outputs – and indeed the attempt to do so risks making thing worse, not better.

That serves to frame an account by Mark Smith of the work he has led at Gateshead, breaking into established processes to work out needs and root causes. An overdue debt can be a trigger for enforcement action, at risk of triggering a further downward spiral, or it can be a signal of an underlying need which, if recognised can be addressed. This is a combination of powerful, human examples and pragmatic approaches to understanding and meeting needs:

‘How much of what we do can we do to you?’ That’s not a great question. ‘What does a good life for you look like, how might we help you with that?’ That’s a better question.

Much of what is written about the use of new and emerging technologies in government fails the faster horse test. It is based on the tacit assumption that technology can be different, but the structure of the problems, services and organisations that it is applied to remain fundamentally the same.

This article avoids that trap and is clear that the opportunities (and risks) from AI in particular look rather different – and of course that they are about policy and organisations, not just about technology. But arguably even this is just scratching the surface of the longer term potential. Individualisation of services, identification of patterns, and modelling of alternative realities all introduce new power and potential to governments and public services. Beyond that, though, it becomes possible to discern the questions that those developments will prompt in turn. The institutions of government and representative democracy are shaped by the information and communications technologies of past centuries and the more those technologies change, the greater the challenge to the institutional structures they support. That’s beyond the scope of this article, but it does start to show why those bigger questions will need to be answered. 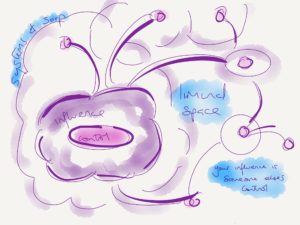 Sometimes what is missing can be as telling as what is present. The availability of data drives what can be said, what can be understood and what can be proposed. So the absence of data can all too easily lead to an absence of attention – and of course, even where there is attention, to an absence of well informed debate and decision making. So there is something important and powerful about looking for the gaps and trying to fill them. This new blog is trying to do exactly that and will be well worth keeping an eye on.

The third part of Richard Pope’s strategic musings is as thought provoking a reflection as the earlier two, though this post is perhaps making a rather different point from the one the headline suggests.

It opens with the idea of small pieces loosely joined, which remains one best descriptions of the web and of quite a few other things besides and leads smoothly into the idea of shared components and services across different governmental organisations. On the face of it, that makes a lot of sense in terms both of system efficiency and of delivering coherent services. Institutional and power dynamics within governments don’t make that easy. The level of trust within governments can be surprisingly low to those who look from the outside and see something monolithic. There’s a whole host of reasons for that, but one of them is the lack of recourse if things do go wrong, with an understandable reluctance to place reputation and service quality on a foundation which is not itself robust. And so the post arrives at the fundamental question, which is not to do with components or APIs at all, other than as the visible symptom of a much deeper issue:

The question governments therefore need to answer is this: what are the appropriate characteristics of institutions capable of operating shared infrastructure for the greater good rather than the priorities of a thematic agency, while remaining accountable?

One answer is to create new institutions whose job is to do that – GDS in the UK is an example. But if, as this post suggests, that model is under threat, that may be a sign it might not be the optimal approach either. So the problem remains very real, the search for solutions continues. Networked government – of small pieces, loosely joined – remains elusive.

Ellen Broad is a technologist who is expert on policy, an ethicist who is an incisive thinker, a writer who has published an important and well argued book. She also, as it happens, is a woman. We all know that that last statement should be irrelevant to the preceding three. We all know that it isn’t.

But we can all too easily persuade ourselves that everything is more or less all right, that blatant discrimination is a thing of the past, that even though there are rotten apples, the barrel is sound. This article calmly and comprehensively demolishes that easy optimism. It is a very deliberate breaking of self-imposed silence, a discarding of the assumption that quiet compliance will somehow make things better:

In this essay, Ellen has spoken. She needs to be heard.