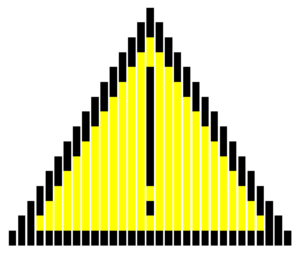 Link blogs come in two different flavours: more links and less commentary or fewer links and more commentary. Strategic Reading is an example of the second kind; Warning: Graphic Content of the first.

And of that first kind, it is impresssively – almost dauntingly thorough – a weekly post which starts with the intersection of data visualisation and government and expands rapidly from there. You won’t want to click on every link, but if you like Strategic Reading you’ll want to click on more of them than you can find the time for.

The only downside is that it’s hosted on Tumblr, which in turn uses Oath, which runs a particularly obfuscatory approach to personal data consent, so approach with proper caution.

You didn’t hear it here first…

The Tangled and the Trapped

This post neatly captures and crystallises ideas which – as the title acknowledges – aren’t themselves new but have been overshadowed by the dominance of a transaction-focused mentality in much government service design. Sometimes, of course, a transaction is exactly what we are talking about and making them simple and effective is the right thing to do. But often the underlying need is not for the (still necessary) transaction but for something deeper and better connected. Getting closer to that involves

learning when to transact, when to intervene and when to do the thing in the middle, support.

As the original emphasis suggest, the middle category, support, is the key to this. Examples such as Mark Smith’s work at Gateshead and the wider set in Hilary Cottam’s Radical Help show the value – in both effectivness and efficency – from looking at people and the support then need before looking at services and tests for eligibility.

There’s a lot or richness in this post about identifying and applying some simple principles for doing that effectively. But it brings out very clearly that however much the design of single services is improved, the impact will be severely attenuated if there is insufficient focus on the wider context.

The Double Diamond, 15 years on…

The double diamond is simple, elegant and intuitive – so much so that is has the feel of something which must always have existed, of being so well designed that it doesn’t feel designed at all. But of course the double diamond is as it is precisely because it is the result of design processes as well as a tool in many, many more.

It comes as a slight shock to be discover that it took form only 15 years ago, not least because if I were asked when I first became aware of it, I would have guessed longer ago than that, perhaps because I came to it from established ideas around divergent and convergent thinking. But it’s a good moment to step back and reflect on those 15 years and the value and variety the double diamond has offered.

Even better, it’s an invitation to look forward, to recognise that the double diamond has constantly evolved and mutated and that it will and should continue to do so – so if you have a double diamond story to tell or a double diamond prediction to make, this is the place to share it.

Time for a tactical withdrawal

But of course the clarity of the principle is no guarantee of the consistency of its observation – and this post argues strongly both that the principle is now less observed than in the headier times of recent years and that this is a very bad thing.

That prompts the question of whether openness is – or can be  – an independent variable, separate from the wider political context. I have argued elsewhere that it is far easier for civil servants to be open about some kinds of activity than others, and that in particular that it is easier to be open about process than about substance. So it is possible that what has changed is the balance of activity; it’s possible that overall levels of political sensitivity have gone up – but it is also possible that openness is still seen as a slightly maverick activity, and that it will tend to decline unless it is actively nurtured.

The rhetoric of openness – not just in the design principles but, for example in the availability of tools for open policy making (to say nothing of broader initiatives such as OECD’s observatory of public sector innovation) – is still alive and well. If the substance is fading, this post should be read as much as a call to arms as an acknowledgement of retreat.

What is a policy success? What is a policy failure? It feels as though that ought to be straightforward question, but the answer looks more uncertain the more closely we look. There is a gung ho – but still very valuable – approach of finding fairly big and fairly obvious blunders, but that’s a way of avoiding the question, rather than answering it.

This paper takes a more reflective approach, distinguishing between ‘programmatic’ and ‘political’ success and failure, arguing that neither determines the other and that the subject attract analytical confusion as much as clarity. None of that may sound helpful to the jobbing policymaker, struggling to find practically and politically effective solutions to complicated problems, but there is a clear conclusion (even though, perhaps in parallel with some of the policies used as examples, it is not entirely clear how the conclusion follows from the evidence): that open policy making is better than closed, that the messiness of democratic challenge is more effective than the apparent virtues of pure analytical precision.

But it also follows that policy failure is a political construct, as much as it is anything:

there is no ‘just world’ of policy assessment in which reputation naturally reflects performance. The nexus between the two is constructed, negotiated and therefore contingent, and often variable over time

It further follows, perhaps, that that jobbing policymaker needs have a political sensibility well beyond what a more managerialist approach might think necessary, being ready to recognise and operate in ‘the world of impressions: lived experiences, stories, frames, counter-frames, heroes and villains’.