Good Gigs: A fairer future for the UK’s gig economy 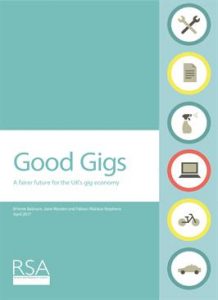