Why Do We Still Need Managers? 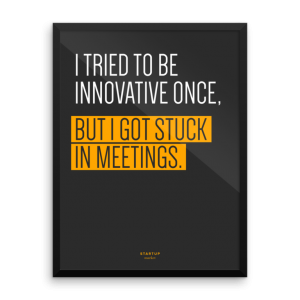 Organisations are essentially a solution to communication problems. In a market economy, firms exist when and to the extent that the costs of communicating and co-ordinating internally are lower than the costs of using market signals – that’s the classic make or buy decision. But the way we communicate has changed fundamentally since the era in which large integrated firms flourished (and since the heyday of Weberian bureaucracies), which suggests at the very least that we should ask whether organisations in the form we know them are still the solution – or are now themselves part of the problem.

This post argues that managers are an expensive and unnecessary overhead, if certain conditions hold (the fact that they generally don’t is presumably an argument for applying them, rather than a counter to the conclusion that management is waste). As ever with Paul Taylor’s posts, the insight is powerful and the writing persuasive. But there is also an element of sleight of hand. Bad kinds of co-ordination are management and to be decried (but if the specific example is approving annual leave, that’s pretty low level), good kinds of co-ordination are leadership, which it seems we need more of, not less.