Hackers Are the Real Obstacle for Self-Driving Vehicles 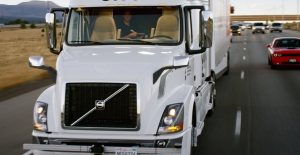 It’s a surprisingly common mistake to design things on the assumption that they will always operate in a benign environment. But the real world is messier and more hostile than that. This is an article about why self-driving vehicles will be slower to arrive and more vulnerable once they are here than it might seem from focusing just on the enabling technology.

But it’s also an example of a much more general point. ‘What might an ill-intentioned person do to break this?’ is a question which needs to be asked early enough in designing a product or service that the answers can be addressed in the design itself, rather than, for example, ending up with medical devices which lack any kind of authentication at all. Getting the balance right between making things easy for the right people and as close to impossible as can be managed for the wrong people is never straightforward. But there is no chance of getting it right if the problem isn’t acknowledged in the first place.

And as an aside, there is still the question of whether vehicles are anywhere close to be becoming autonomous in the first place.