Why it’s never a good time for service design 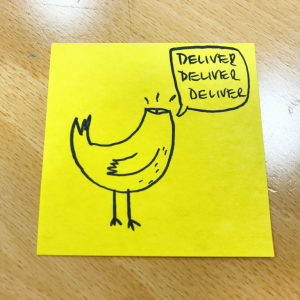 It’s really hard to do things as well responding to a crisis as when they are properly planned. It’s really hard to do proper planning if all your time and energy is taken up by responding to crises. Service design is one of the leading indicators of that problem: there’s no (perceived) time to do it when it’s urgent; but there’s no urgency to do it when there’s time.

The solution to that conundrum argued here is very simple: slow degradation over time has to be recognised as being as bad as the catastrophic failure which occurs when the degradation hits a tipping point – “we need to make doing nothing as risky as change.”

Simple in concept is, of course, a very long way from being simple to realise, and the lack of attention given to fixing things before they actually break is a problem not limited to service design – slightly more terrifyingly it applies just as much to nuclear weapons (and in another example from that post, to apparently simple services which cross organisational boundaries and which it isn’t quite anybody’s responsibility to fix). Changing that won’t be easy, but that doesn’t make it any less important.