Spoiler alert – there are now 9 tribes of digital 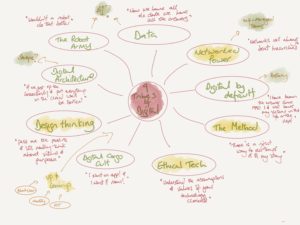 The eight tribes of digital (which were once seven) have become nine.

The real value of the tribes – other than that they are the distillation of four years of observation, reflection and synthesis – is not so much in whether they are definitively right (which pretty self-evidently they aren’t, and can’t be) but as a prompt for understanding why individuals and groups might behave as they do. And of course, the very fact that there can be nine kinds of digital is another way of saying that there is no such thing as digital