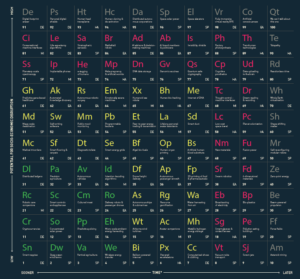 Here are a hundred disruptive technologies, set out in waves of innovation, with time to ubiquity on one axis and potential for disruption on the other. On that basis, smart nappies appear in the bottom left corner, as imminent and not particularly disruptive (though perhaps that depends on just how smart they are and on who is being disrupted), while towards the other end of the diagonal we get to transhuman technologies – and then who knows what beyond.

The authors are firm that this is scientific foresight, not idle futurism, though that’s an assertion which doesn’t always stand up to close scrutiny. Planetary colonisation is further into the future than implantable phones, but will apparently be less disruptive when it comes. Dream recording falls in to the distant future category (rather than fringe science, where it might appear more at home), rather oddly on the same time scale but three levels of disruption higher than fusion power.

The table itself demonstrates that dreams are powerful. But perhaps not quite that powerful. And it’s a useful reminder, yet again, that technology change is only ever partly about the technology, and is always about a host of other things as well.