Tired of the same old clichés about the future of work? You’re not alone 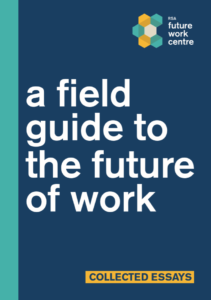 There is no shortage of material on the future of work in general, or on its displacement by automation in particular, but much of it has a strong skew to the technocratically simplistic (though posts chosen for sharing here are selected in part with the aim of avoiding that trap).

There has been a steady stream of material from the RSA which takes a more subtle approach, of which this is the latest. It takes the form of a set of short essays from a variety of perspectives, the foreword to which is also the accompanying blog post. The questions they address arise from automation, but go far beyond the first order effects. What are the implications of the emergence of a global market for online casual labour? Does automation drive exploitation or provide the foundations for a leisured society? Given that automation will continue to destroy jobs (as it always has), will they get replaced in new areas of activity (as they always have – so far)?

Buried in the first essay is an arresting description of why imminent exponential change is hard to spot, even if things have been changing exponentially:

because each step in an exponential process is equal to the sum of all the previous steps, it always looks like you are the beginning, no matter how long it has been going on.