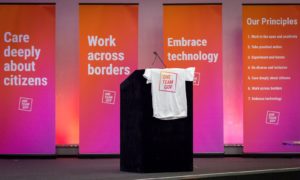 After 432 posts suggesting strategic reading, the 433rd is an odd one out, with a first suggestion for some strategic writing (or vlogging).

As a contribution to Nesta’s work on radical visions for the future of government, OneTeamGov is crowdsourcing ideas. Contributions are invited from people working in governmen, responding to one of two questions:

What does your work look like in 2030, what has changed and what has stayed the same?
Or,
In the next 10 years what would need to change for you to be able to do your best work on behalf of citizens?

The near-future is comprised of three parts: 90% of it is just like the present, 9% is new but foreseeable developments and innovations, and 1% is utterly bizarre and unexpected.

That is perhaps a way of linking the two questions together. 2030 is to 2019 as 2019 is to 2008, and just as the bureaucrats of 2008 would not find themselves in a wholly alien world if they were to wake up in 2019, so the world of 2030 may well not be as radically different as some might wish. That brings the focus to versions of the second question – not just what would need to change, but what is the path to changing it, which would give us radically better government in 2030?