Five reasons why universal basic income is a bad idea

This opinion piece gives a punchy account of reasons to oppose the introduction of a universal basic income – which makes it useful as a clear statement of one side of the argument, though at the expense of a more balanced assessment. Interestingly, three of the five reasons given are to do with work incentives and the role of work in supporting self-worth. In the context of the wage-based economy which has dominated industrial societies that may make sense – but prompts the interesting further questions about whether they are universally applicable and will survive the next rounds of work automation.

A Basic Income for Everyone? It’s Not a Crazy Idea

This is a fairly straightforward tour of the basic income landscape. Perhaps it is most useful for something unintended, drawing out the extent to which the debate on the virtues or otherwise of a basic income is conducted at cross purposes. People use the phrase ‘basic income’ to mean two very different things (probably many more, but two will do to start), which we might call ‘adequate’ and ‘supplementary’.

An adequate basic income is one which is enough to live on, not luxuriously but, well, basically. A supplementary basic income is not in itself enough to live on, but is enough to make a real difference to people’s lives and choices, particularly at the lower end of the income scale. This article concludes that a UBI doesn’t distort work incentives, but concludes that from looking at examples of supplementary basic income. Even if that conclusion is robust, it can’t in itself tell us anything about adequate basic incomes. This piece does better than many in not obscuring the distinction, but even here the ringing answer of the headline (almost certainly not written by the journalist) is bolder and broader than the article claims.

Free Money: The Surprising Effects of a Basic Income Supplied by a Tribal Government

An intriguing natural experiment on the impact of a universal income has been going on in North Carolina for the last twenty years. Nobody intended – or even noticed – it to begin with; it’s a slightly accidental by-product of a profitable casino. It’s not a universal basic income in the normal sense, in that the amounts involved aren’t enough actually to live on and so it’s not a substitute for employment. But that makes the observed effects even more interesting. Even relatively small amounts can have significant behavioural consequences, including improving health and education outcomes and reducing crime. Larger lump sums at key stages, such as supporting tertiary education, can be more dramatically life changing.

Social prosperity for the future: A proposal for Universal Basic Services 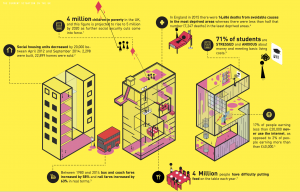 The idea forces us to think a bit differently about the role of government. In the UK, healthcare and schools are provided as universal public services, and to most people that seem almost self-evidently right. But in the USA, that isn’t true at all – state-provided schooling is universal, state-provided healthcare emphatically isn’t. It’s not obvious, to put it mildly, that there is a set of services which intrinsically should be state provided and free at the point of use and another set which shouldn’t (there is also a question about whether all of the services proposed are in any normal sense ‘universal’).

But it’s important that questions such as these are asked. It’s easy to slide into the assumption that the way things are is the only way they can be. If patterns of work are changing, patterns of support to complement work will need to change too, and options less radical than full universal basic incomes need to be considered in that context.

What would you do with a basic income?

What would you do with a #basicincome? pic.twitter.com/ZYb7qDV6Np

This is a powerfully argued article on the strategic case for a UBI – in this case, with a very strong stress on being unconditional. The problem of technological unemployment can be solved only by breaking the strong assumption that income should be linked to work. Doing that is hard because we have been so strongly conditioned to seeing them as inexorably linked – but breaking that link creates new social and economic possibilities and increases overall welfare levels, as well as creating the conditions in which people are far more strongly empowered to exercise their basic human rights. The conclusion is quite a radical one, but the real question is less whether it is right or wrong, and much more whether the starting analysis is well founded.

Universal basic income can be seen as a way of sustaining society in a world beyond work. Or it can be seen as a way of supporting a society and economy which is still based on work.  The latter may open up more interesting possibilities and opportunities than the former, but this post argues that the debate is much less constructive and open minded in the UK – or rather in England – than it is in a number of other countries, with particular criticism for the recent report from the Work and Pensions Select Committee.

Basic Income: A Sellout of the American Dream 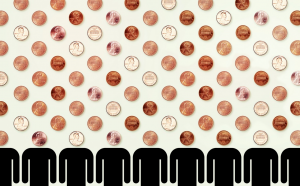 A critical look at the idea of a basic income, from a US perspective, arguing that costs and perverse incentives outweigh potential benefits – unemployed people given a basic income will tend to sleep and watch television, rather than develop new skills or seek new kinds of work. The premise of the article, though, is that new jobs are still being created, and that there is no evidence of structural unemployment from automation, so the implications if that were to happen are not explored.

Basic income and the new universalism

Universal basic income is often talked about as just another form of social welfare, a sort of universal credit without the tapers. But it can also be seen as a much more radical political and social shift.

This essay digs deep into those issues in a very readable way, ranging from philosophical underpinnings through to links to the fear of automation, a fear that is itself perhaps becoming more universal as automation spreads into white collar work.

The Automation Argument for a basic income. Does it add up?

A dissection of the ‘automation argument’ for a basic income – interesting not so much for arguing that automation won’t lead to a life of well-rewarded idleness as for suggesting that a basic income is an inadequate, and ultimately very conservative, approach to the problems automation might bring. Also notable for including a reference to the shoe event horizon.

The future of not working 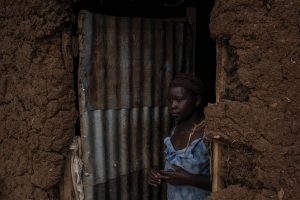 Universal basic income – examined not in Scandinavia but in rural Kenya. This is either Silicon Valley on a very long distance guilt trip or a radical approach to extreme poverty. Are there implications for rich countries?

And despite the title, this isn’t really about not working at all – all the stories are about people being liberated to work smarter once given the margin which allows them to make the change.